Brexit/Energy: high time to tackle a myriad of concrete problems

The United Kingdom’s decision to withdraw from the European Union, the so-called “Brexit”, is once again on the agenda of the two EU co-legislators this week (European Parliament) and next week (European Council).

The United Kingdom is a key country for the European manufacturers of engine power plants, both in terms of production and sales. EUGINE, the European Engine Power Plants Association, has been thus following the “Brexit negotiations” with great interest and worries. As many other industry associations, EUGINE would like to express its serious concerns which are mainly related to two major areas:

Trade/Internal market regulation: A large number of internal combustion engines for power plants are manufactured and/or sold every year in the UK. As in many other business sectors, the engine power plants’ supply chain goes well beyond national borders: while some of the gas engines are manufactured in the UK and sold in another EU Member State, some others are for example manufactured in Germany, containerised in the UK and finally sold in Ireland. This means the UK is an essential part of a value chain covering a number of European countries. This value chain is so far subject to harmonised EU legislations covering many topics like for example for the Registration, Evaluation, Authorisation and Restrictions of Chemicals (the so-called REACH EU regulation). In case the UK and the rest of the EU cannot size a good deal on their future relationship, so in a “No deal” case, the UK would no longer be part of the “REACH system”. REACH registrations and authorisations held be UK companies would become invalid on 29th March 2019. Even if the UK implements a similar regulatory construct, chemical supply chains across Europe would be disrupted due to new importer/user obligations, requiring several months or years for supply chains to be re-established. Many key chemical products could be withdrawn from the market as a result of this, resulting in the inability to manufacture or service a wide range of products across the European Union, the UK and beyond. These simple examples show that Brexit raises very concrete questions for businesses located on both sides of the Channel which definitely require quick and clear answers: How to avoid the emergence of damaging trade barriers between the UK and the rest of Europe? Are we heading towards import duties, customs controls, possible diverging rules and a distorted competition?

Energy Policy: Being a fast, efficient, clean, reliable and responsive technology, engine power plants have been manufactured and installed in Europe to contribute to the triple challenge of providing competitive, sustainable and secure energy to Europeans. The EU legislative framework (e.g. third energy package, climate & energy package, clean energy for all Europeans) plays in this respect a key role, as it contribute to defining new business models (e.g. renewables, flexibility options, etc.). Brexit creates a lot of uncertainty regarding the UK’s future energy policy. How will tomorrow’s energy challenges in terms of security of supply, decarbonisation and affordability be faced? Will the EU climate & energy targets, the ETS provisions, network codes, etc. be implemented on both sides of the Channel? EUGINE shares in this regard the view of the European Parliament, which “believes that the best option for the environment, for action against climate change, and for public health and food safety would be for the UK to remain fully aligned with current and future EU legislation, including adherence to commitments and targets for 2030 already agreed under the EU’s Clean Air package and Clean Energy package”.

While EUGINE does not intend to interfere in the details of the current negotiation, it calls on both sides to make the necessary steps to rapidly tackle the very concrete problems soon to be faced by Europe’s industry and to provide as much clarity as possible on the way forward. 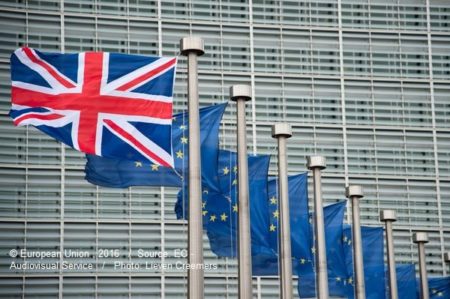