Engine power plants can provide steady power at any location. Thanks to their flexibility and versatility, they can act as baseload plants – helping to provide a continuous flow of power – or as plants that help balance energy supply and demand – acting as the perfect complement to variable renewable energy. 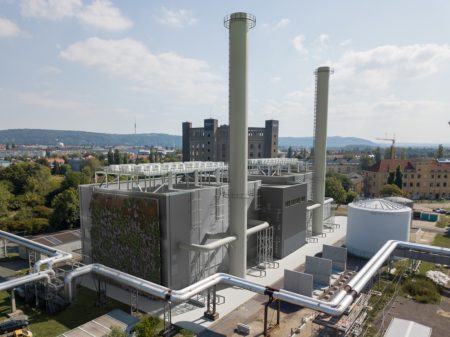 Flexible Power and Heat for Dresden

Dresden is the capital of the eastern German state of Saxony. Its local utility supplies electricity, natural gas, drinking water and district heat to nearly 300,000 household and industrial customers.

The utility operates a 90 MW CHP gas plant which not only provides heat to the city’s district heating network. With its capacity to reach full output from start-up in approximately two minutes, the plant also helps to balance the grid, and, thanks to its black start capability, it is also able to prevent blackouts. Learn more. 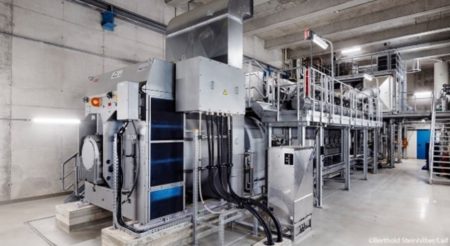 Stuttgart is a city in the southwest of Germany, known for being the “cradle of automobile”. The city’s “Gaisburg” power plant, operated by EnBW (Energie Baden-Württemberg), has a power output of 31MW and provides heat to 25 000 homes through a district heating network.

The main advantage of the whole system is flexibility. The gas engines will run whenever the electricity price is sufficient to make it profitable to provide both electricity and heat. By combining the plant with a district heating accumulator, heat can be stored and released whenever needed. EnBW can thus fully utilize the flexibility offered by the engines and efficiently react to price signals on energy markets.

Replacing an old coal power plant, the new engine power plant will help save 70 million tonnes of CO2 each year. In the long run, the plant should run on renewable gases and thus be free of GHG emissions. Learn more. 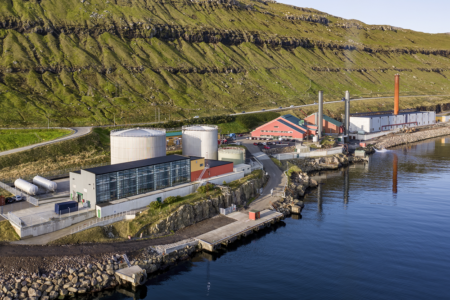 Shining a Light on a Smart Island

The Faroe Islands lie in the middle of the North Atlantic between Iceland and Norway. Power is provided by Elfelagið SEV, the publicly owned, primary power-producer on the islands. Elfelagið SEV has set itself the target of becoming 100% green by 2030. Today, an average of 50 % of the islands’ energy consumption is already met by green energy – wind turbines and hydropower.

To ensure a constant supply, SEV also operates three thermal power plants, of which the Sund plant is the largest. The plant, powered by four gensets, acts as a smart reliable backup.

While the plant still runs on fossil fuels, the vision is to have the gensets operate on synthetic, carbon-neutral fuel by 2030 – making the islands’ power supply 100% green. 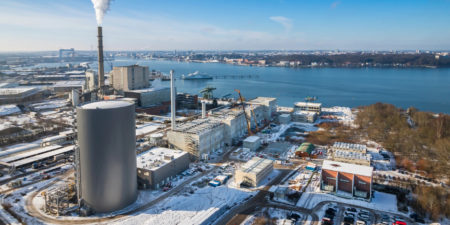 Kiel is a coastal city in the North of Germany and the state capital of the Land of Schleswig-Holstein. With the growing share of variable renewable energy being fed into the grid, this city of over 200 000 inhabitants decided to replace its old coal power plant with a new, flexible gas-fired cogeneration facility that complements fluctuations in renewable electricity supply.

The plant also supplies over 73 000 households and facilities in Kiel with environmentally friendly heat through its district heating system.