Long-term Flexibility and Security of Supply: Why Hydrogen must Take the Leading Role

The energy crisis affecting Europe calls for an accelerated paradigm shift in the power sector. The way forward urges for a fast decarbonisation, one freeing Europe from Russian gas and relying to a great extent on renewable supply sources. Nevertheless, this corresponds to a system with low amounts of dispatchable, or steerable, power generation. A smooth transition must therefore simultaneously accelerate the roll-out of variable renewables and ensure that energy supply is still meeting demand.

System flexibility is increasingly being recognised as one of the cornerstones of a decarbonised power system. In their Final Assessment of the EU Wholesale Electricity Market Design, EU energy regulators recognised that volatility, understood as “the result of frequent and/or sudden changes of market fundamentals and other variables such as weather conditions” would increase in a decarbonised system. According to the regulators, the main way to smoothen the increased volatility is by deploying significant and diverse, flexible resources.

On the supply side, this means supporting the wide range of technologies that allow to store electricity over different time-frames, from batteries to power-to-gas-to-power, as shown below.

A quick decarbonisation will therefore benefit from flexible power plants. These power plants can supply energy on demand in times of high consumption or low supply, and reduce their production capacity when enough power is being generated by renewable sources. Importantly, flexible power generation plants would be able to operate with renewable gases such as hydrogen, in line with the European Union climate neutrality targets. This is why the access of power plants to hydrogen is crucial.

The expected large-scale deployment of renewable hydrogen from 2030 onwards, in line with the EU Hydrogen Strategy and RepowerEU, must be inclusive of power generation plants. As shown before, large-scale hydrogen storage and its reelectrification in hydrogen power plants are pivotal aspects for providing long-term flexibility to the electricity system and, consequently, for guaranteeing security of supply without undermining decarbonisation. This was also recently recognised by European electricity transmission system operators in their “ENTSO-E Vision: A Power System for a Carbon Neutral Europe“.

The graph above shows how flexible power plants running on hydrogen will be one of the key conditions to guarantee supply adequacy and to smoothen price volatility in a decarbonised energy system. For all that, the energy storage and flexibility potential of hydrogen must also be recognised as one of its essential applications in the gas market rules currently being negotiated.

The so-called “gas decarbonisation package“, aiming at launching the transition of the gas sector towards low-carbon and renewable gases, has indeed to be seen in the context of the European Union’s 2050 long-term strategy and the increasing level of integration between energy systems. The package will lay down the rules according to which network operators and other actors will need to adapt to working with renewable gases, notably biomethane and hydrogen.

While hydrogen will not start flowing immediately, the planning decisions taken today will have long-lasting consequences on the development of the sector and of the energy system as whole. By recognising the interdependence between the gas and electricity networks and the role hydrogen power plants will play a decarbonised system, policymakers will set the way towards a fully decarbonised future, where security of supply is also guaranteed. Let’s hope this opportunity will not be missed. 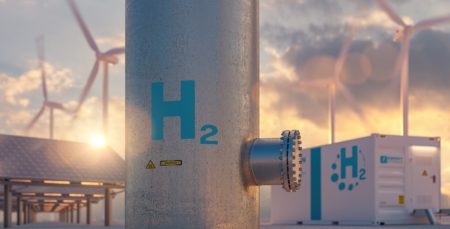